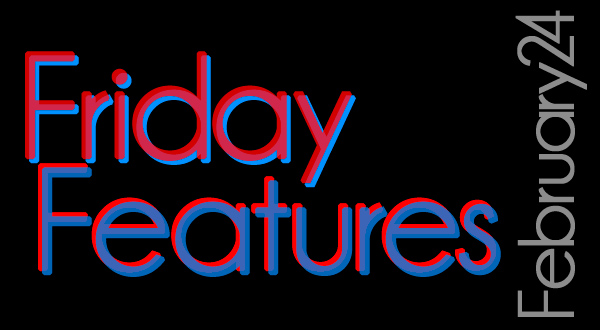 Another Friday, another list of Friday Features. We take a look at each new release movie and give it a rating based on its Asian-American presence, or lack thereof. Most of the time, these are big feature films, but sometimes a smaller gem rolls our way. And, as always, if we’ve missed anything, let us know in the comments. So grab your popcorn, and prepare for this week’s Friday Features (links go to trailers).

Paul Rudd and Jennifer Aniston star in this comedy involving two city folk who find themselves in a free-spirited commune. It features Sung-Suk Garber who may or may not be Asian-American. We didn’t see her in the trailer, but she’s there somewhere. A modern Wet Hot American Summer.

Tyler Perry isn’t known for casting Asian-Americans, and he lives up to this in his latest film featuring his go-to ensemble cast, including Thandie Newton and Phylicia Rashad. It sees a wealthy businessman set in his ways open up to the world and people around him.

After her sister disappears, Amanda Seyfried goes on the search when a pattern of similar kidnappings occurs in Portland, Ore. It’s strange not to see an Asian-American in this film, seeing as it’s in the Pacific Northwest. A sleepy suspense movie for a February weekend.

A film touting itself as an unprecedented action movie, Act of Valor uses active-duty U.S. Navy Seals as part of its cast. Hawaii native Keo Woolford plays a Filipino terrorist.

Stagnant performance compared to last week. Come back in seven days for more Asian-Americans in cinema. And if we managed to miss anything or anyone, let us know in the comments below. What are you watching this weekend?

comments powered by Disqus
« It Came From Netflix: Shanghai Kiss Week in Review »