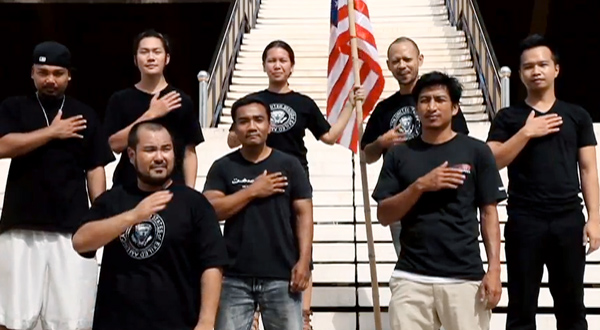 The White House’s Initiative on Asian Americans and Pacific Islanders made a shout out on YouTube for the community to tells its story. Since that first call to action, the initiative received over 200 submissions. And up until March 1, we have the task of voting for our top video out of the 11 candidates.

“What’s Your Story?” will host the top video creators at a special recognition event as part of the White House Champions of Change campaign. The campaign honors individuals who are helping to innovate and reshape their communities. Past inductees into this program include Angela Byars-Winston, Ph.D., who works with ethnic minorities and women to get them interested in STEM (science, technology, engineering and math) disciplines, and Paulson Chaco, who advocates the necessity of paved roads for Navajo Nation.

Dumpling took a look at the 11 videos. They feature clips from a woman trying to document the Filipino community in Houston and her grandfather’s service as a World War II veteran and prisoner of war; a man mentoring inner-city Asian-Americans through basketball; and a disability- and Medicaid-awareness advocate for Asian-Americans, among others of equal importance to our community.

We narrowed them down to our top three (no easy task!) and present their YouTube clips below. They include a group working to acclimate Chinese immigrant youth to American culture; a network for LGBTQ Asian-Americans and their cultural struggle with acceptance; and a film showcasing expats and exiles from the United States living in Cambodia.

You can see all of the videos and vote for your top choice (email address required) at http://www.whitehouse.gov/aapi/whats-your-story. You have until March 1 – good thing this is a leap year.

My Voice  – Their Story