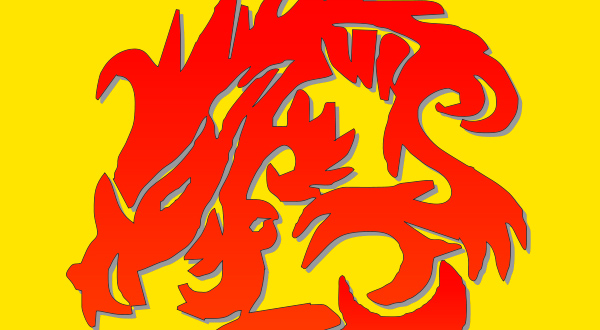 As a Chinese American, I have spent a lifetime bridging the East and West and following the political and social ebbs and flows on both sides. There is no time like the present to do what I do as a Cross-Cultural Connector because I believe both the U.S. and China will play a significant role in shaping the 21st century. Since 2012 is the year of the dragon, Chinese astrologers predict that it will be a transformational year. In the paragraphs that follow, I will be sharing some of my observations on topics that have been transforming both sides over these past few years.

The Chinese are diligently learning about the art market and how to game it. For the past five years, Chinese antiques and contemporary art have been reaching record sales. Typically, an important piece of Chinese art with some provenance will grow steadily in the marketplace year after year. In recent years, items without much history also hit the auction house and spiked in value overnight – a phenomenon most dealers, art experts and collectors have not witnessed before. Although, record bids and sales have been recorded, a few pieces have been left unpaid.

In the field of art, always buy something you enjoy and like. Do not buy it as an investment or gamble on something you are not familiar with, otherwise, you might end up with an item that you may not want to keep or that is overpriced. The Chinese art isn’t set to cool down in 2012. But buyers and collectors beware: You will still have to watch out for really good fakes and overpriced originals.

Throughout the past five years, the number of international students from China in the U.S. has grown at a steady rate of 35 percent or 10,000 to 57,000 students. U.S. universities are quickly subsidizing their budgets with Chinese students who can pay three times the full tuition as a domestic student. However, these same Chinese students face issues with language, soft skills, academic integrity and class participation. These issues are culturally driven, as few Americans have studied abroad in China to understand the vast cultural divides between the Chinese education system and ours.

That said, classroom dynamics are changing in major U.S. Institutions, and domestic students are starting to complain. Such a cross-cultural clash will not produce win-win results unless they are properly addressed on both sides. As U.S. visa standards ease, Chinese students will continue to flood and dominate the international student contingency in the U.S.

On the bright side, Mandarin will finally be taught in more U.S. schools in 2012. Chinese will soon join the commonly taught languages of Spanish, French and German (combined, these three languages cover only 500 million of the world’s speaking population, just half of Mandarin alone). According to the American Council on the Teaching of Foreign Languages (ACTFL), Chinese language programs at the K-12 level in U.S. schools expanded by more than 200 percent from 2005 to 2008, and that growth will accelerate in 2012.

Globalization is now impacting not just the business world, but also education. Asian schools are picking up a curriculum that will prepare students for a global economy, and hopefully, U.S. schools will catch on. In the 21st century, students should develop a global awareness that will give them an ability to work with people from diverse cultural backgrounds with different perspectives and ideas. So far, some U.S. universities have recognized the importance of a global and interdisciplinary curriculum. But given the diverse U.S. population, Americans have a head start in this arena, whereas Asians are catching up.

Asian companies are definitely taking advantage of the economic downturn in the West and buying up companies and properties at a discount overseas.

Asian entrepreneurs and startup tech companies will give their Western counterparts a run for their money. If you have not paid attention to these Asian startups, this is the year to do so. In fact, when you take a look at the 11 IPOs led by U.S.-based, venture capital firm Sequoia, seven of them are in Asia.

Chinese start-ups are turning to their local culture for inspiration and innovation. According to Rebecca Fannin’s book “Startup Asia,” Asian startups will no longer need to copy the West. Engineers that once immigrated to Silicon Valley may start heading back East to catch the dot.com, clean tech and mobile boom in India and China. With strong Asian financial and government backing, Asian entrepreneurs can dream bigger than the American dream.

Asian companies will continue to hire more employees faster than their U.S. and European counterparts. The Asian financial centers will be the ones hiring all the people laid off from Western financial service industries. Recent college graduates will continue to flock to cities like Shanghai in search of entry-level jobs.

In my travels through Asia, I have noticed a certain transition underway in the Asia-Pacific region. At the recent East Asia Summit, President Barack Obama declared that the U.S., the sole superpower at the end of the 20th century, would “pivot” its foreign policy agenda away from the wars in Iraq and Afghanistan and towards Asia and the rising superpower of China. America is planning to play a major role in the region for a long time to come.

For the first time in America’s history, younger people are convinced that they might be worse off than their parents. Is America is admitting its decline? What if we look at this transition as not the rise and fall of power but rather a potential to share power. Imagine if the U.S. decided to collaborate and co-create a better world with the new power players; it may no longer have to bare the global burden on its own.

Editor’s Note: This article is purely the opinion of the author and does not reflect the views and opinions of Dumpling Magazine LLC or its partners and staff in whole or in part.