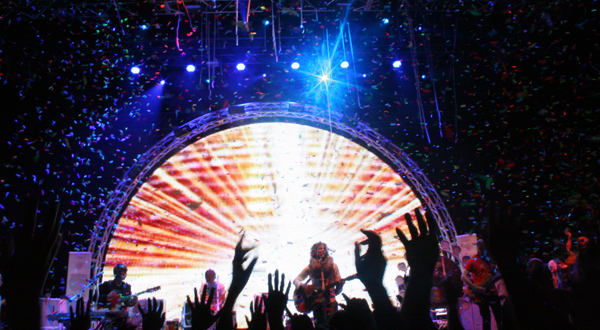 From an outsider’s perspective, Japan has hit a rut with mainstream music. The top charts are filled predominately with idols and boy and girl bands. You can expect to see super-idol group AKB48 (or one of its many spin-off groups) with at least one single within the top 20 every week, a trend held true for the past few years. The music is growing stale, with pop groups often sharing the same producers or writers, and the 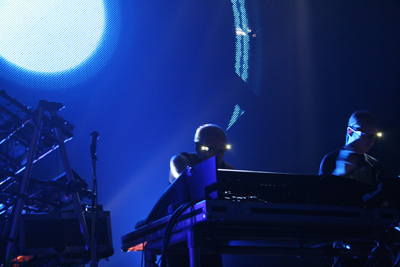 artists that do well have been chosen by talent agencies that control most popular forms of media (TV shows, movie castings and print ads, to name a few) with an iron grip. As for foreign artists, usually only big-name acts like Rhianna, Green Day or Lady Gaga make it into the top charts. Smaller, independent bands tend to have like-sized niche followings, rarely stopping in Japan except to play one-off shows. Because of this state of music, it’s refreshing to find a music festival that brings in artists from around the world, while also highlighting those in Japan.

Started in 2000, Metamorphose is a music festival organized to highlight a diverse selection of artists, focusing strongly, but not exclusively, on electronic and techno acts. Jam bands, jazz, dub, and world music sit at the same table as electronic music. Normally, the festival is held in Shizuoka prefecture, an area of beautiful countryside that runs along the Pacific Ocean, in the summertime. This year, however, the festival was canceled due to a typhoon that ripped through the southern area of Japan. 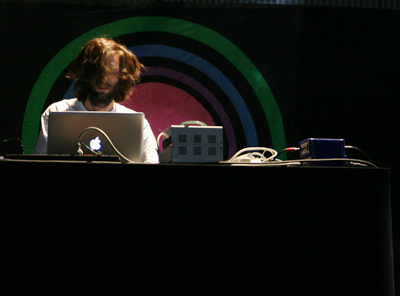 Lindstrøm with his setup at the DJ stage.

Instead of calling off the festival altogether, organizers managed to set everything back up at a different location later in the year, this time slightly outside of Tokyo. This neo-festival, held May 12, featured artists like The Flaming Lips, Orbital, Eye, Lindstrøm, Moodymann, Afrika Bimbaataa, Galaxy 2 Galaxy, Derrick May, Tim Deluxe and Ebo Taylor & Afrobeat Academy.

Throughout the day, on two different stages (one for larger bands and another for DJs), artists preformed for eager crowds. Every show I’ve attended in Japan has been with incredibly enthusiastic audiences, and this was no different. Whether it was watching Eye, the front man of experimental Japanese noise band Boredoms, DJ a blend of tribal and dance music, or rocking out to the chaotic live show the American band The Flaming Lips put on, everyone was constantly moving and dancing. 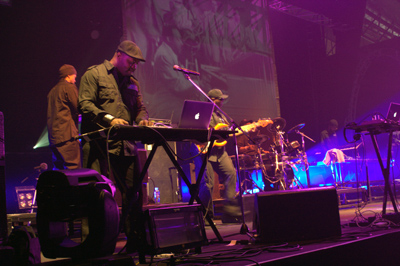 Highlights of the day included: the aforementioned band The Flaming Lips whose show included dancers in Wizard of OZ costumes; blasts of confetti showering everyone and everything; and dozens of giant balloons thrown around by the crowd. British electronic music duo Orbital, who in support of their newest album, Wonky, played a set of their ’90s dance hits, as well as new songs, had the entire crowd dancing. Norwegian electronic musician and DJ Lindstrøm performed with a constant grin on his face, as he wove together a seamless set of house music. And pioneering DJ Afrika Bambaataa, with the help of some MCs, burned through a set of old school hip-hop and dance. Even after the main headliners of the day finished, the DJ stage went into the wee morning hours with sets from Derrick May, Tim Deluxe and festival organizer Mayuri.

Offering a pleasant contrast from the bombardment of mainstream Japanese music, Metamorphose is an oasis for music fans in Japan. It’s succeeded in creating an easy-going atmosphere unlike a busy, jam-packed festival, while focusing on musical artists that are well deserved of people’s attention and that may go overlooked by normal music listeners. Other music festivals should take notes.