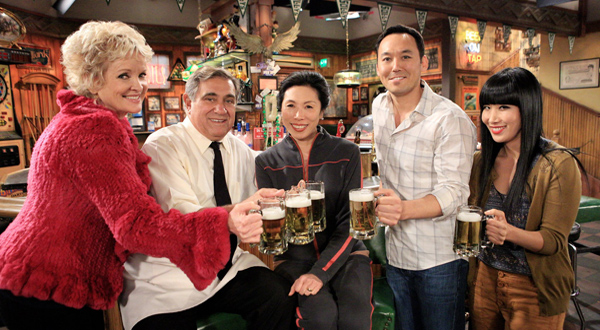 If you’ve ever wondered what would happen if a wealthy attorney leaves Manhattan behind to run an Irish pub in Pittsburgh, then the upcoming TBS comedy Sullivan & Son might be right up your alley. Produced by Vince Vaughn and created by Steve Byrne, this comedy, slated for a July premiere, parodies many aspects of Byrne’s own life. Bringing three Asian-American actors into primetime, the show will also be a showcase of Asian-American acting and comedic talent.

Like Byrne, the main the character in the show is named Steve and is of Irish-Korean descent. Steve Sullivan, finding himself ready for a change from the world of a high powered New York City attorney, agrees to takeover his parents’ bar, as they decide to retire. Steve’s parents, played by veteran sitcom stars Dan Lauria and Judi Long, provide much comedic relief as the younger Sullivan attempts to adjust to life behind a literal bar and navigate his developing relationship with local girl Melanie (Valerie Azlynn). Accompanying Steve on his drastic career change is his younger sister, Susan (Vivian Bang) who seems to relish the fact Steve now finds himself under the watchful eyes of their parents once again. 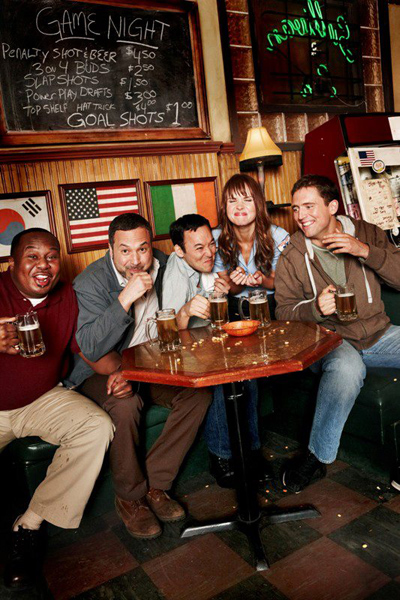 With a promisingly funny plot that seems to lend itself to open fits of laughter and hilarity, this new show fits right in with the TBS’s motto “Very funny.” However, what TBS also seems to know by launching this sitcom is that a show created by and starring Asian-Americans has the potential to be a hit. Byrne, a graduate of Kent State University, is no stranger to the stage and has had a long and successful career as a stand-up comic, which translates well to the small screen. Long, who many may recognize from the Margaret Cho sitcom All American Girl, is an actress of Japanese and Chinese descent who will bring her trademark “Asian accent” to Sullivan & Son, despite having flawless English, as demonstrated in the show’s behind-the-scenes trailer. Finishing out the Asian-American cast, Bang is a veteran of both television and film who has starred alongside Jim Carrey in Yes Man and in the Oscar-nominated short film Our Time is Up.

Rounding out the cast, Owen Benjamin, Brian Doyle-Murray and Christine Ebersole create an eccentric group of bar patrons who might just be able to fill the drinking-buddy void Cheers left a decade ago. While the bar venue is nothing new for primetime television, an Irish pub helmed by an Irish father and a Korean mother that is being taken over by their Asian-American son, who happens to be an attorney with no training or experience in the restaurant industry, is uncharted territory.

TBS continues to take risks in its sitcom lineup, with the past several years featuring the purchase of syndicated shows, such as Family Guy, Friends, The Office and The Big Bang Theory. Now, as it continues its venture into the world of creating original programming, we are proud to see the network take a chance on a show featuring Asian Americans both on screen and behind the scenes. Get your DVRs ready.