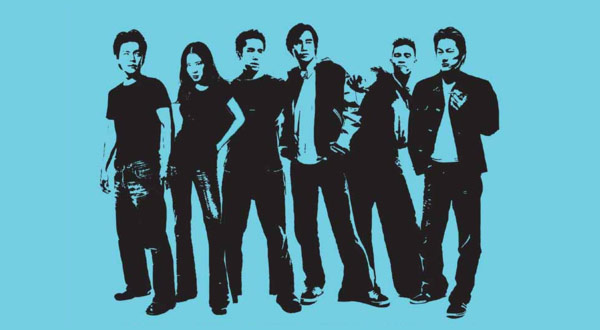 I received a text from a friend about her on-going conflicts with her mom. Mommy issues aren’t anything new to me, but this conversation actually paved a way into something else that I didn’t expect. Through the talks of frustration came a small truth about our mothers: They are the way they are because of the Filipino culture they grew up with. It was clear to us that our mothers had grown up in a culture foreign to us. Then she said, dishearteningly, “And I’m supposed to be proud of my race?”

This was the first time I had actually really talked about my own race with a friend.

In fact, I can’t remember a time when I honestly talked about being proud of being Asian. I grew up watching 7th Heaven and Boy Meets World, where the Americana culture shined bright, leaving little room for diversity. After watching these shows, I would then turn toward a household that smelled of adobo and hear my parents speak in their native tongue. The funny thing is, I didn’t feel like I was inherently Filipino, but I didn’t feel inherently American, either. Let’s face it, talks of race, especially from Asian Americans, rarely happen unless pushed on us by the media or silly stereotypes.

Society has a way of framing cultural expectations on us. It’s expected of us to feel like we should adequately place ourselves into groups we think are representative of us, whether it be race or even academics. Therefore, the thought becomes since I’m Asian, I must do and act Asian.

Not too long ago, Justin Lin from acclaimed The Fast and the Furious fame directed Better Luck Tomorrow, a movie based on a group of Asian Americans who actually use the façade of being Asian as an alibi to do their criminal bidding. It was one of the few films highlighting a group of minorities as more than a stereotype. In fact, the characters were fueled by those stereotypes as a means of being able to get away with their crimes because their straight A’s translated as being safe and trusting. Albeit the film showcased a shadowy side of minorities, I was still curious to know what other, everyday Asian Americans thought about their race.

It was that feeling of curiosity that sparked me to join a project called DailyMuses. You can think of DailyMuses as the “bathroom wall” of the Internet, where folks can write as publicly or anonymously as they want, especially around taboo topics like depression and sexuality. Topics and questions can range anywhere from family to love to race.

When someone added the question “Are you proud of your race?” on DailyMuses, I was extremely fascinated by how people perceived their race
compared to how I did.

It was enlightening seeing their responses. Some folks shared their experience of being really proud of their cultures. Others were completely indifferent to the notion of race, while still others had decided to ignore it altogether. But what really got me were the folks who felt the same way I did — stuck in between cultures.

It was comforting seeing the other “in-betweeners,” other Asian Americans who didn’t quite fit in with the expectations of their race. We all somehow became the awkward outsiders of both cultures — not really quite sure what to peg ourselves. We’ve all let ourselves become a bit jaded by the outdated stereotypes and joined in on being the butt of discriminatory jokes. But mostly, as in-betweeners, I think we’re just tired of being ask the question of whether or not we know karate. The answer is no (for majority of us), and we want the rest of America to get over it. From this, I found what was most powerful was to comfortably say I’m neither this nor that and that I wasn’t alone in this thought.

As Asian Americans, we should open up to each other about the insecurities and fears we have about our identities and our culture. It’s not easy tackling these problems on our own, and that’s why it’s so important for us to talk about these things with each other. We’ve let societal expectations get the better of us and limit our ways in relating to one another. Just be yourself and talk — talk about the time time you felt shut out by a group of fellow Asian-Americans, or the time you felt accepted as one of them, or even the time you just didn’t care that you didn’t belong. Only until we really start talking more about these issues can we liberate each other and say, “It’s OK; me too.”

Below are a few more muses to check out: