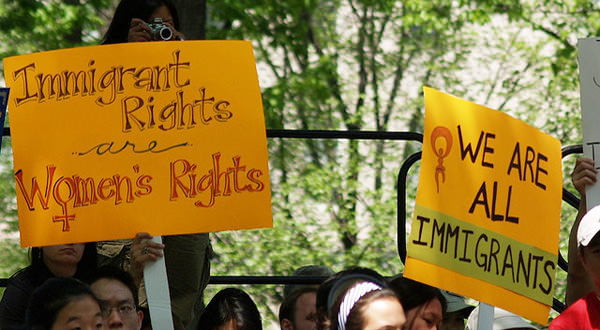 Without a doubt, one of the most controversial topics facing America today is immigration reform. When most people imagine today’s immigrants, they may picture someone of Hispanic origin. However, in many areas of the country, particularly those along the West Coast, immigration from Asia is outpacing that from Latin America. With that in mind, one is left to wonder how the laws being debated in Congress will take Asian Americans into account.

The hot button issues of immigration reform today are border protection and pathways to citizenship. Both issues place the majority, if not all, of the focus on Hispanic immigrants entering the country illegally. Certainly no one on either side of the debate is calling for fences to keep out new Asian American arrivals at SFO and LAX. However, out of the 11 million undocumented immigrants estimated to be in the country, 1.3 million are of Asian origin, and they are beginning to add their voices to this discussion.

Asian-American advocacy groups have raised several important issues that have a large impact on all immigrants, both legal and illegal. First and foremost, they have argued for humane pathways to citizenship for those who have entered the country illegally. The current proposals in the Senate outline an 13-year path to citizenship for illegal arrivals. While this is certainly a start, some feel it will create a long and arduous process that will see many deported before their years-long journey is complete.

Also high on the list for Asian-American immigration advocates is stopping the replacement of family visas with business related visas. While business visas are designed to assist the still ailing economy and bring talented and educated people to the United States, they replace visas that allow family members from foreign countries to legally join their Asian-American family already legally residing in the United States.

Lastly, there has also been a call to end deportations for minor offences. Asian-American groups point to laws passed in the mid 1990s (Illegal Immigration Reform and Immigrant Responsibility Act of 1996) that allow the deportation of immigrants for offences such as shoplifting or minor drug convictions. While the laws were designed to curb crime and punish offenders accordingly, many argue that it leads to the separation of families and bouts with depression for both those who are deported and those who are left behind.

As immigration reform once again begins its journey through the quagmire of partisan politics in Washington, Asian-American advocacy groups will continue to push their side of debate. Several such groups have met with members of Congress to make their priorities known. And as one of the largest contributors to U.S. immigration, both legal and illegal, the community must hope its voice is not lost in the chorus, as the debate moves forward in coming weeks and months.