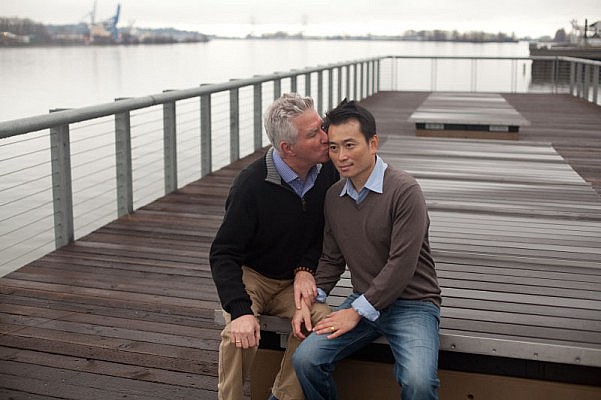 The Gay Men Project’s Kevin Truong launched a Kickstarter campaign this month to help fund six months of continued coverage from around the world. The project, which Dumpling has covered previously, showcases the everyday life of homosexual men from around the world through intimate portraits and self-written comments on what it means to grow up gay.

According to the Kickstarter campaign, Truong is looking to raise at least $30,000 to help fund six months of a worldwide tour of gay cultures, beginning in Portland, Ore., his home town, and ending somewhere in Europe, depending on how far the money can stretch. To incentivize his supporters, he’s offering a slew of rewards at various donation levels, including signed postcards and wall-worthy art prints. Even the former mayor of Portland, Sam Adams, whom Truong shot early on, has thrown in his support.

To contribute to the campaign, head over to The Gay Men Project’s Kickstarter page. And checkout some of the articles we’ve written on how Truong got started and how his first exhibition went last year.

Update: As of March 28, The Gay Men Project’s Kickstart is now fully funded. Congratulations to Truong, who will now continue the leg of his worldwide adventure to capture the lives of gay men.