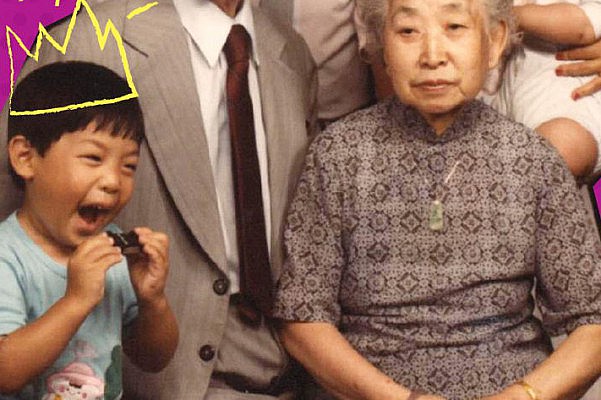 In celebration of Eddie Huang’s Fresh Off the Boat (FOB) getting picked up as a television sitcom on ABC this fall, we’ve found the excerpts from his book that made, us at times, chortle and get weepy-eyed, sometimes both at once. An autobiography of Huang’s time growing up a Taiwanese-American kid in Washington, D.C., and Orlando, Fla., FOB is full of raucous exploits, fish-out-of-water confusions, and knee-slapping funny situations.

Note: Some language may be inappropriate and not safe for work and may be heavily abridged and lack context. You’ve been warned.

Even at seven years old, I was obsessed with Vietnamese pork chops and quail. The combination of white meat, sugar, and fish sauce on the grill gave me the screw face every time. It was just fuckin’ mean. Good food makes me want to hit a punching bag like, Dat’s right motherfucker. You done did it there.

God Has Assholes For Children, p. 40

To this day, I wake up at times, look in the mirror, and just stare, obsessed with the idea that the person I am in my head is something entirely different than what everyone else sees. That the way I look will prevent me from doing the things I want; that there really are sneetches with stars and I’m not one of them. I touch my face, I feel my skin, I check my color every day, and I swear it all feels right. But then someone says something and that sense of security and identity is gone before I know it.

I would take a bite and gas-face everyone around me it was so fucking good. People in Pittsburgh thought I was a gremlin that fell in water or some shit, ’cause I was running around all crazy over this sandwich.

But despite the misfires, overhyped openings, and super-restaurants that mar the landscape, New York is the best eating city not named Tokyo or Taipei, and we owe it to people Fresh Off the Boat. …but living in New York, it became clear to me what I loved the most was the thing I loved all along: food.

My main objective with Baohaus was to become a voice for Asian Americans. Whether you accept it or not, when you’re a visible Asian you have a torch to carry because we simply don’t have any other representation.

And what a torch Haung has only just started to carry. With a constant hustle of gigs on Vice and his still thriving Baohaus restaurant under his belt, Huang is prepared to become one of the most renowned Asian Americans this generation. And ABC’s new sitcom is sure to help propel him even further.

Let us know what your favorite FOB moments are in the comments below. FOB premiers on ABC this fall and is one of the few sitcoms to center around an Asian American family.