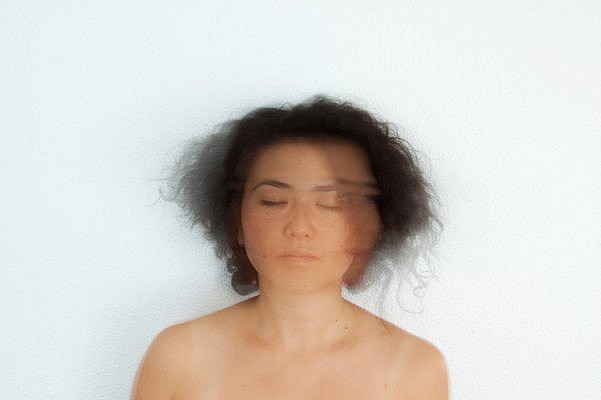 “Everybody who will die should see this play,” jokes the playwright and performer, Lisa Dring. Dring debuted Death Play March 19, an original work dealing with the realities and complexities of dying.

“In America, we have so many different ways to live our lives…there is no unified cultural way to grieve,” she says.

This abundant diversity gives individuals the chance to create their own rituals, as well as connect with familial traditions.

The stage is decorated with paper cranes, a traditional Japanese craft. She uses the cranes as props and unfolds messages written inside them. After the show, she invites the audience to participate by taking a crane after the show or leaving a message inside one.

Dring is half Japanese, and after the loss of her parents and grandmother in her early twenties, she felt compelled to share her experience of grieving and the questions of identity these deaths raised. The play explores her feelings of “otherness” as well as the different Asian American identities in Los Angeles.

“[For immigrant or mixed-race children] there is a feeling of both isolation and identity within many cultures,” she says.

Unlike in many Asian countries, elderly parents usually do not live with their grown children. But there is still a closeness between many generations. “A lot of our cultural ties are there – our parents teach us these things unconsciously,” she adds.

“The myth of America is that you can create your own life,” she says. “You don’t have to follow the same path as your parents.” But this ability to invent yourself doesn’t mean people are divorced from tradition, just that they have the ability to combine their parents’ traditions with their own.

Dring doesn’t shy away from the realities of aging and the way our culture tends to ignore or criminalize older women by portraying them in unflattering ways or casting them as witches and spinsters. “There’s a real beauty that comes with age,” she muses. Dring also seeks to find her own place in the maiden, mother, crone archetypes that women are cast into.

The play does not draw any conclusions but does raise unanswered questions. “Without death, would life be as magical as it is?” Dring asks. “I don’t know.”.

Death Play is a thought-provoking and energizing play bound to resonate with anyone who has confronted death (or knows they will someday).