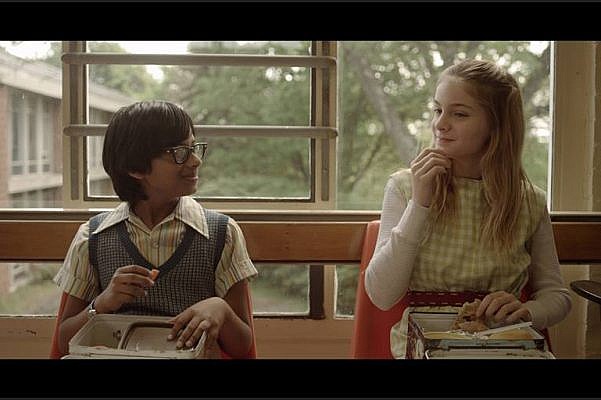 Most of us live in the in-between, toeing the line between right and wrong; practicality and dreams; expectations and reality. But these lines can intersect and tangle. For many Asian American immigrants, the lines between old and new cultures – obligations and dreams – shape our identities and present a dynamic we can empathize with.

This tension plays out beautifully in the feature-length film Growing Up Smith (formerly Good Ol’ Boy). The film has been making its way through the festival circuit – including the Center for Asian American Media’s 2016 Best Narrative Feature Film Award – and picking up admirers along the way. With its cast of endearing characters and a relatable plot, these accolades come as no surprise.

“Growing Up Smith does a really good job of showing the dichotomy of retaining tradition in the face of a new, very alluring culture, way of life, opportunities, and freedom,” says Gregory Scott Houghton, who penned the script along with Anjul Nigam and Paul Quinn.

The main character, Smith, is a young Indian boy whose parents want him to achieve the American dream of success, but don’t want him to become “too American.” The audience first meets Smith on his tricked-out bicycle, as he pedals around town shouting a jovial, “How doing,” to the neighbors.

We watch as Smith falls in love with his neighbor, Amy, and becomes fascinated by her all-American father, Butch. Amy’s family is juxtaposed with Smith’s own traditional Indian parents. Even at age 10, he feels pressure to live up to his father’s wish for him to be a neurosurgeon and even has a bride waiting for him back in India. The story unfolds and reveals each character to be, in turns, charming and adorably frustrating.

We cringe as Smith dresses in full disco regalia to greet Amy and her parents when they arrive for a weekend barbecue and laugh along with both families as they navigate a vegetarians-meet-carnivores cookout. Later on, Amy and Smith trade lunches in that schoolyard tradition, and the pair make a scene when they go trick-or-treating and encounter the local tough guys. The movie is filled with similar quirky, comedic moments that capture cultural micro-differences and create endearing faux pas.

Houghton wrote the movie to address the ideas of multiculturalism and the “American Dream” and to create a more authentic portrayal of what he sees as the American experience. He drew from his experiences living in a predominantly multiethnic community near Encino, Calif., and growing up in San Diego.

“As a non-ethnic writer, I’m still an observer of human nature, and in the time that I wrote this, I was observant of the microcosm in which I was living,” Houghton says. “I look at the media around me and don’t see an accurate representation of the world around me. I wanted to have an influence on the potential to change that.”

After writing the original screenplay, Houghton sought out producers who would share his vision of the movie without compromising the integrity of the script. “I wanted to articulate what the American experience is from both sides of the fence. …it took a little time for Growing Up Smith to have its day,” Houghton explains, “but I decided that if I was going to stand behind the film, I wanted to find a producer [who] really understood the vision.”

Gregory Scott Houghton, as photographed by Veronica An

In a story that sounds like it’s out of a movie itself, Houghton connected with producer Anjul Nigam. He found Nigam from an ad in a leftover Indian newspaper at a cafe in West Hollywood. Nigam read the script and came on as a producer, co-writer, and actor, portraying Smith’s father, Bhaaskar.

“At that point, Angul imparted his own personal experience into the material, and each person [who] came along the way did that, too. That’s why I think the movie has been embraced the way it has: It’s the sum of all its parts,” Houghton says. Growing Up Smith has both domestic and international distribution in place and is set to hit theaters in early-fall 2016.

The film, like America itself, is a tapestry of experiences. While it may seem like a classic boy-meets-girl story from the outside, Growing Up Smith has surprising depth and an emotionally relevant story. “I want to tell a story that transcends ethnicity and place of birth,” Houghton reflects, “… no matter who we are, where we’re from, who our parents are: love is universal, and love connects us all.”