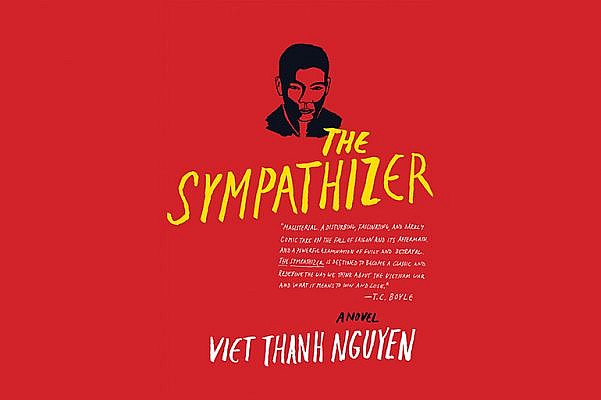 “Sympathizer” is a noun describing someone who offers sympathy or moral support. Yet, the main character in Viet Thanh Nguyen’s novel The Sympathizer can seem quite un-sympathetic at times. His sly nature and calculating thoughts make him at once compelling and repulsive.

A mixed-race man struggling between choosing “right and right,” the narrator is forced into an ethical dilemma after the fall of Saigon in 1975, trying to make the best of his situation, while also navigating the American landscape. A self-described “man of two faces,” the narrator tangles his political ideology with his identity and takes readers on a thrilling journey through his refugee and resettlement experiences.

The narrator works for an army general who refuses to stop fighting the war and instead organizes a secret army in the hopes of reclaiming Vietnam. This scheme may sound far-fetched, but the general embodies many Vietnamese refugees’ dream of returning to Vietnam. “For many Vietnamese, the war did not end in 1975,” explains Nguyen. The novel captures this ambivalent longing to return to a time and place that no longer exists — deeper than homesickness; this sense of nostalgia is a tangible component of the refugee experience.

The narrator embodies the uncertainty of the Vietnam War — he is Eurasian, the son of a French priest and Vietnamese peasant. Neither fully Vietnamese nor completely French, this dual identity gives him extra insight into the mindset of both populations.

The novel “shows how crucial war has been to the U.S and how it has shaped identities,” he says. Nguyen and his family immigrated to the United States — first Indiantown Gap, Pa., and later San Jose, Calif., when Nguyen was 4 years old. He grew up in a multiethnic working class neighborhood and felt “the Vietnam War shaped [his] life.”

The nameless, shrewd narrator plays a role in espionage, assists a counter revolutionary movement and also oversees a Hollywood movie based on the Vietnam War. This jab at Hollywood comes from Nguyen’s personal experience with Vietnam War cinema. He describes seeing Apocalypse Now at age 10 and being profoundly impacted by the depictions of war. The narrator’s involvement in Hollywood is, according to Nguyen, “partially my revenge on Hollywood for telling these disturbing stories – yet visually beautiful stories – and also a critique of the American mindset and American popular culture.”

The Sympathizer is not an easy read — it does not shy away from the darker parts of the Vietnam War experience or the murky waters of the human psyche. Readers will be drawn to the narrator who is all at once destructive and stunning; it’s hard to look away.

The Sympathizer is now available online and in bookstores. Skylight Books, in Los Angeles, will host a launch party for the novel Friday, April 10, 2015.