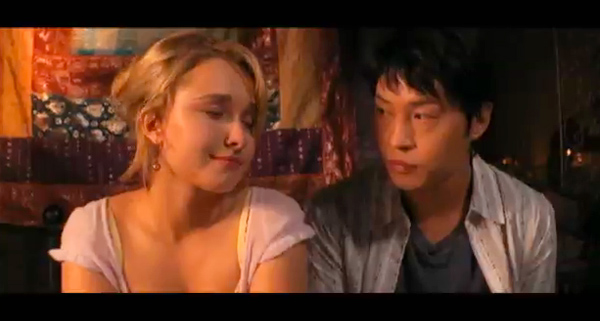 Netflix is a great service, not only because it lets you stream unlimited television shows and movies for $8 per month, but also because it houses quite a few Asian-American films. In this segment, we’ll take a look at some of the films currently being streamed on Netflix in the U.S.

In the future, we may host streaming parties where dumplings (that’s you) can watch at the same time (using your own Netflix accounts) and chat with others doing the same. If this sounds like something you’d want to do, sound off in the comments below. And now, on to our show:

Shanghai Kiss tries to weave the story of a man finding himself in his culture with that of a Lolita-esque love interest, and while the former ignites true emotional resonance, the latter succumbs to shallow ineptitude. Directed by Kern Konwiser (Miss Evers’ Boys) and David Ren (The Girl from the Naked Eye) in 2007, the film offers a complex look at an immigrant son trying to make it in Hollywood and the girlfriend who represents the reason he never can.

We begin with Liam (Ken Leung, Saw, Lost) being rejected for a toothpaste commercial for lacking the Asian qualities of speaking Chinese and practicing kung fu. Down on his luck, his car recently towed, Liam takes the bus where he meets Adelaide (Hayden Panettiere, Heroes, Bring it On: All or Nothing), a high schooler with neither a fear of strangers, nor acting strange. The two form some sort of bond that hovers around sexual but settles into intimate, as she’s only 16 and he’s 28. 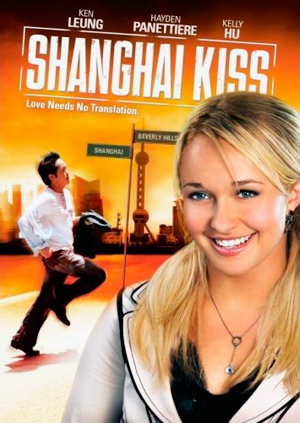 And while Adelaide is displayed prominently on the cover of Shanghai Kiss, she accounts for roughly 20 minutes of screen time, if that (Panettiere somehow received an award for her role). The story, instead, focuses on Liam as he bangs his way through his feelings and current state of affairs. Speaking of affairs, he’s supposedly broke, but we see him driving a convertible Mini Cooper around L.A., perhaps paid for by his father, who took to the bottle following Liam’s mother’s death.

Still on track? Shanghai Kiss introduces numerous plot points throughout its 106 minutes, but manages to patch things up satisfactorily in the end, for the most part. Liam’s grandma dies and bequeathes him her house in Shanghai, hence the title. Thinking the home is worth half a million dollars, Liam makes haste for China, only to find out his dollars are yuan worth a fraction of that. Without spoiling much more, we see that Liam must choose: a life that looks to reject him at every corner and one so foreign it hurts.

“You’re not American,” Liam’s Chinese love interest says at one point. “Your face is Chinese. Your hair is Chinese. Your eyes are Chinese. Your skin is Chinese.” All painfully true. Liam is torn between these two worlds, the women he meets and can have, and the white girl he truly likes but can’t touch. We see him cry after sex, not because it gets him emotional, but because he feels like he’s failed someone, himself or his now-17-year-old girl friend.

As an introspective on the family drama between a man foreign in both his home country and the land of his parents, the film is solid. But as a struggle between finding himself and carrying the burden of an underage white girl, it fails.

When Liam and 18-year-old Adelaide are finally united at the end, we, the audience, never receive our happily-ever-after kiss. Instead, we see some intense hugs, but nothing more. In fact, Liam doesn’t kiss any white woman on the lips. Forehead, sure. But lips? Not even during coitus. It seems perverse to be so afraid of turning viewers off to an interracial kiss not to include one. Was the age difference really that taboo? Were the directors, both of who are ethnically non-white, not brave enough to introduce America to such prospects? The film doesn’t say. It does, however, provide an interesting, if somewhat lacking, look at finding oneself through a foreign culture that’s not as foreign in concept as the start of the adventure might have predicted.

Bottom Line: With great acting from Ken Leung and an otherwise emotional and satisfying story, Shanghai Kiss is one to add to your queue at least once.