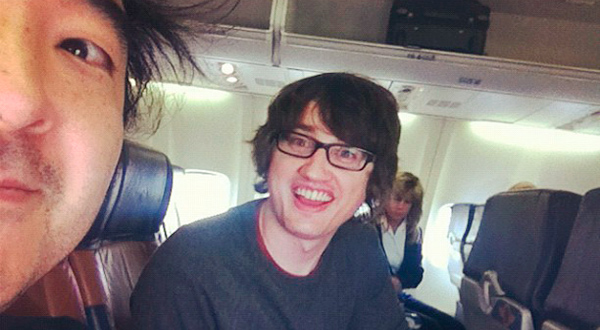 When Dave Boyle first started screening movies at Asian American film festivals, he was often asked a variation of the same question: “I can’t help noticing you’re not Asian. Why are you making this movie?”

Boyle, 30, grew up in Tucson, Ariz., without knowing much about Asian American culture. When he was 19 years old, Boyle embarked on his two-year Mormon missionary trip. He was assigned help Japanese-speaking members of a multicultural church in Sydney, Australia.

He had been a comparative literature major at Brigham Young University but switched to Japanese after he returned. “I was interested in learning more about the culture and language I was thrown into,” Boyle says.

In Cleveland recently for the 36th annual Cleveland International Film Festival and the showing of his fourth film, Boyle says he always planned on making movies. In 2006, he released his first, which he says explores whether cultural identity or personality is stronger. It was inspired by his experiences during his mission trip. 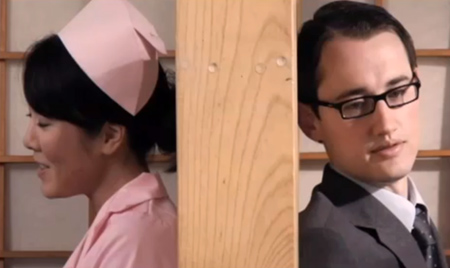 “When I returned from my mission, I never thought I would make a lot of movies about Asian American dreams and culture,” he says between sips of hot chocolate. “My first movie Big Dreams Little Tokyo is blatantly about culture and identity, but my other films are not. They’re just stories. They’re not stories about race, per se.”

Boyle has since co-written and directed White on Rice, the black and white film Surrogate Valentine and its sequel Daylight Savings. The films tell more universal stories about family relationships and the difficulty balancing a career with a personal life. They just happen to star several Asian actors, Boyle says.

“There are so many different people of many different ethnicities that I have written parts for over the course of these four movies,” he says. “I just think that, for me, their on-screen presence is sort of their personality more so than the fact I’m thinking ‘I’ve got to get an Asian actor for this role’ or ‘I’ve got to get a white actor for this role.’”

“Goh is not the conventional lead of a movie in any sense, but he has that sort of ‘it factor’ where, when you’re watching him, you’re interested in what’s going to happen next,” Boyle explains.

Once he finds the actors, Boyle tailors the role and script to them. He says he hasn’t thought too much about the fine line between portraying characters and portraying culture and just trusts his instinct that the audience will see the characters as individuals.

“The fact of the matter is, in my last few movies, almost all of the characters have been Asian American,” he says. “They’re all, personality wise, very very different from each other. I hope that my characters are unique enough that no audience member could ever mistake them for a stereotype or some kind of lazy sort of shorthand writing.”

Boyle and Nakamura have separate projects in the works, but there’s talk of a third movie in the Surrogate Valentine series that Nakamura is supposedly writing a script for. They’ve also been talking with some “Surrogate” fans and animators at PIXAR about writing and composing a short film.

“Goh and I would like to continue to work together,” Boyle says. “But we’ve never lost sight of the fact that this all began as an experiment in doing something fast and quick in between the other stuff that we were working on. It’s turned into something bigger than that but at the same time, it’s still nice that it’s stayed as this small sort of intimate personal project for both of us.”

For now, Boyle says they are using their Kickstarter – a crowd-sourced funding website – campaigns as a gauge for how excited people are to see more of the story. The first campaign, featuring Nakamura’s music from the two movies, exceeded its goal by slightly more than 50 percent. The second campaign is to fund bringing Daylight Savings on tour to more cities.

The standby line for the final showing and the stream of people who approached Boyle in the hallway throughout the weekend to talk about his work must be indications he’s doing something right. The number of fans who bought DVDs and CDs show he’s found a following of fans that are interested in Nakamura’s on-screen love life. And if their latest Kickstarter campaign is any indication, perhaps we can expect to see the continued adventures of Boyle’s living-life characters at next year’s festival tour.