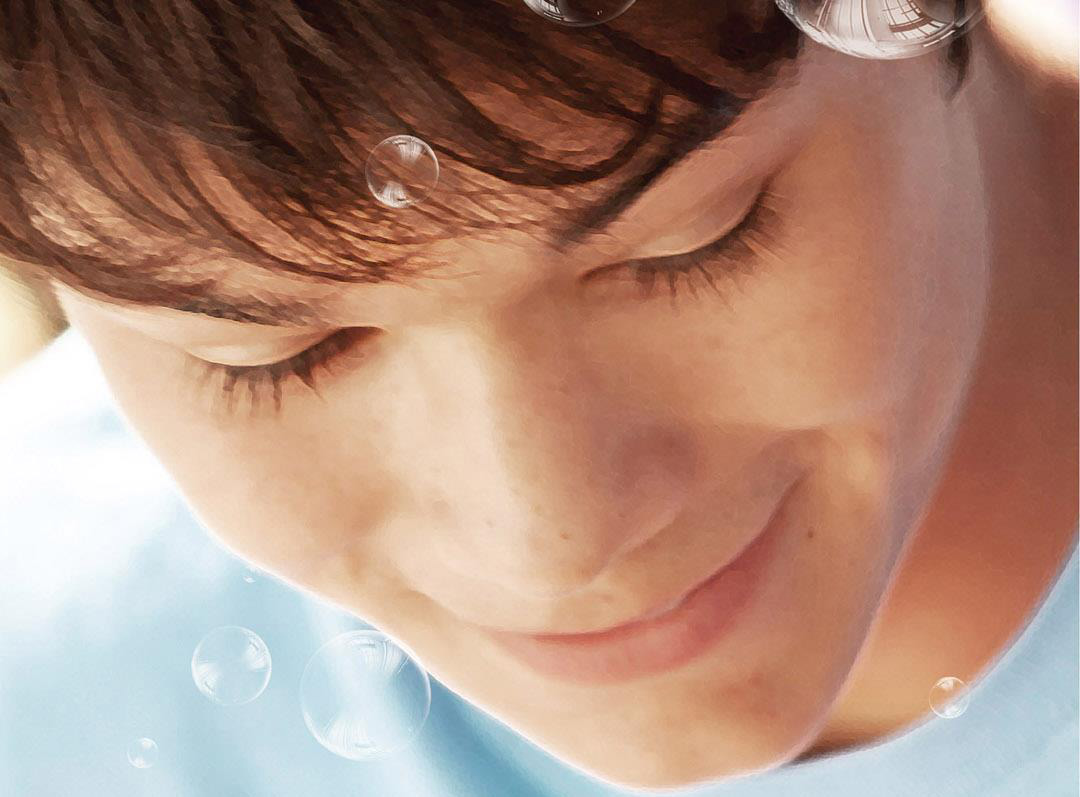 A lot of things are imperfect: overripe fruit, chipped glass, families. Sometimes, no matter what front we apply, the true nature of a circumstance will still find a way to blemish the overall finish. In director Quentin Lee’s White Frog, the idea of perfection, or normalcy, is questioned completely by one family dealing with the death of their eldest son.

Charles “Chaz” Young (Harry Shum Jr., Glee) is a seemingly model student, brother and community member. After falling prey to a reckless driver, Chaz leaves behind his brother, Nick (Booboo Stewart, the Twilight series), who struggles with Asperger’s syndrome. A condition categorized under the autism spectrum, Asperger’s patients have average or greater intelligence, but may lack social skills necessary to function comfortably in society. Nick’s wardrobe consists baby-blue: T-shirts, sweaters, jeans. And his mannerisms eschew symptoms of social anxiety and severe insecurity — downcast eyes, trouble handling large groups of people, factual repetition when under duress. Chaz is the only one Nick feels normal around, and, upon Chaz’s death, Nick sets out to find whom his brother was when they weren’t together.

And finding out who Chaz was is half the film. Nick befriends Chaz’s old friends in order to enter their Friday-night poker games, where he discovers Chaz was a skilled card reader. We also learn Chaz spends most of his time engaged with a community group for disenfranchised youth called Firehouse. Among those old friends is Randy (Gregg Sulkin, Wizards of Waverly Place), an ultra-rich boy whom Nick’s father (BD Wong, Law & Order: Special Victims Unit) calls “a bad influence.”

Distraught and drunk, donning nothing but silk nightgowns and four-inch heels, Nick’s mom (Joan Chen, Lust, Caution) binge-cleans Chaz’s room after the accident, uncovering a photo booth picture that sends her to tears. After an hour of buildup to a hinted-at question, we finally discover the truth about Chaz: He is gay and Randy is his lover.

Wong, an out man himself, here plays an ignorant Bible-thumping father, confused by both the possibility of having a gay son and interacting with one with Asperger’s. He confesses to his pastor that he sometimes thinks Nick was switched at birth, he’s so different and out of line with what his idea of normal is, but that, deep down, he knows he’s his son. It’s this idea of normalcy that permeates the film’s entirety. What is normal, anyway?

In the end, we find Chaz has donated over $20,000 of his time and money to helping Firehouse become an institution for distraught young people — to become a place where everyone can feel safe and cared for. It’s also here that Nick comes to terms with his own struggles with how to reflect on his relationship with his brother.

Taking off his blue shirt and replacing it with an orange polo, we see Nick take a stand and come out of his shell on the stage of Firehouse’s premiere fundraising event. He recounts a final video message left by Chaz in which Chaz tells the story of a tadpole placed inside a coconut. After a few weeks, the coconut is split open to reveal a blind frog with coconut-flavored flesh. Our parents want us to be perfect, Nick says, and grow up inside a coconut. “But no one deserves to live inside a coconut.”

The confines we place on people, be them from a religious or disability perspective, do not define the person. We expect everyone to fit within the boundary of our own understanding of “normal.” “You think you loved your brother,” Randy asks of Nick, after Nick finds out the two were lovers. “No. I loved your brother. You didn’t even know who your brother was.”

Sometimes people aren’t who they appear to be. Sometimes they don’t fit into that ideal perfection espoused through sermons and the ability of others. White Frog, like families, isn’t perfect. But what it illustrates is a rare sentimentality that pulls viewers in and breaks their hearts at the end. Not from sadness, really, but from understanding that normal isn’t a destination but a state of mind, and it can take many different forms.

Bottom Line: White Frog, with a heartfelt performance by Booboo Stewart, is one to watch. Just bring a tissue.